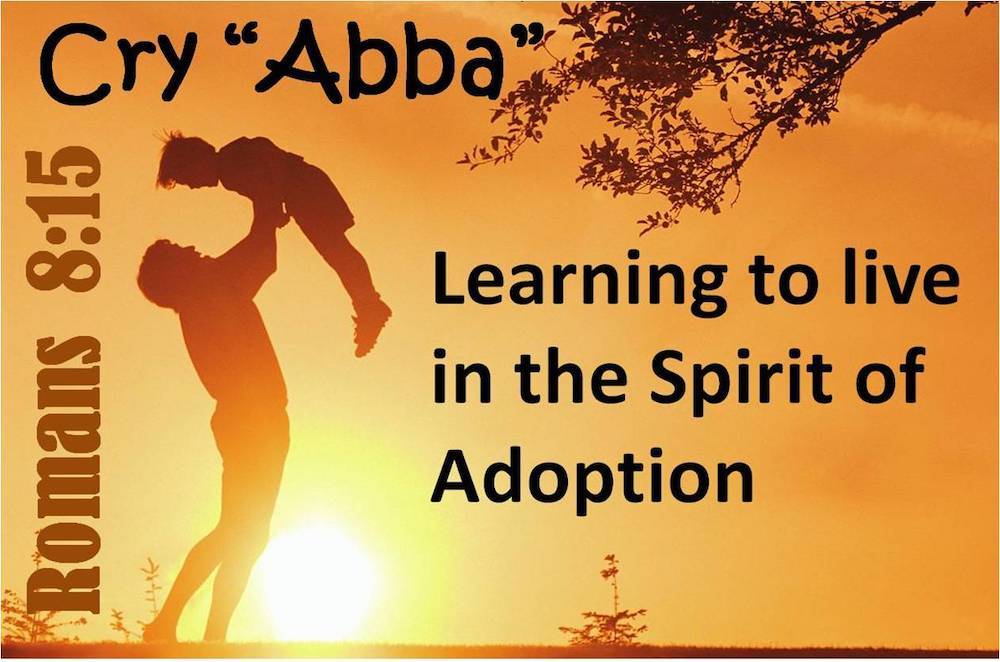 This article is borrowed from The Gospel Coalition

It is saved here, simply to keep a lasting copy for myself.  No copyright infringements are intened and no profit will be gained from this storage.

The creepiest sound I have ever heard was nothing at all. My wife, Maria, and I stood in the hallway of an orphanage somewhere in the former Soviet Union, on the first of two trips required for our petition to adopt. Orphanage staff led us down a hallway to greet the two 1-year-olds we hoped would become our sons. The horror wasn’t the squalor and the stench, although we at times stifled the urge to vomit and weep. The horror was the quiet of it all. The place was more silent than a funeral home by night.

I stopped and pulled on Maria’s elbow. “Why is it so quiet? The place is filled with babies.” Both of us compared the stillness with the buzz and punctuated squeals that came from our church nursery back home. Here, if we listened carefully enough, we could hear babies rocking themselves back and forth, the crib slats gently bumping against the walls. These children did not cry, because infants eventually learn to stop crying if no one ever responds to their calls for food, for comfort, for love. No one ever responded to these children. So they stopped.

The silence continued as we entered the boys’ room. Little Sergei (now Timothy) smiled at us, dancing up and down while holding the side of his crib. Little Maxim (now Benjamin) stood straight at attention, regal and czar-like. But neither boy made a sound. We read them books filled with words they couldn’t understand, about saying goodnight to the moon and cows jumping over the same. But there were no cries, no squeals, no groans. Every day we left at the appointed time in the same way we had entered: in silence.

On the last day of the trip, Maria and I arrived at the moment we had dreaded since the minute we received our adoption referral. We had to tell the boys goodbye, as by law we had to return to the United States and wait for the legal paperwork to be completed before returning to pick them up for good. After hugging and kissing them, we walked out into the quiet hallway as Maria shook with tears.

And that’s when we heard the scream.

Little Maxim fell back in his crib and let out a guttural yell. It seemed he knew, maybe for the first time, that he would be heard. On some primal level, he knew he had a father and mother now. I will never forget how the hairs on my arms stood up as I heard the yell. I was struck, maybe for the first time, by the force of the Abba cry passages in the New Testament, ones I had memorized in Vacation Bible School. And I was surprised by how little I had gotten it until now. . . .

Little Maxim’s scream changed everything—more, I think, than did the judge’s verdict and the notarized paperwork. It was the moment, in his recognizing that he would be heard, that he went from being an orphan to being a son. It was also the moment I became a father, in fact if not in law. We both recognized that something was wrong, because suddenly, life as it had been seemed terribly disordered.

Up to that time, I had read the Abba cry passages in Romans and Galatians the same way I had heard them preached: as a gurgle of familiarity, the spiritual equivalent of an infant cooing “Papa” or “Daddy.” Relational intimacy is surely present in the texts—hence Paul’s choice of such a personal word as Abba—but this definitely isn’t sentimental. After all, Scripture tells us that Jesus’ Spirit lets our hearts cry “Abba, Father!” (Gal. 4:6). Jesus cries “Abba, Father” as he screams “with loud cries and tears” for deliverance in the Garden of Gethsemane (Heb. 5:7; Mark 14:36). Similarly, the doctrine of adoption shows us that we “groan” with the creation itself “as we wait eagerly for adoption as sons, the redemption of our bodies” (Rom. 8:23). It is the scream of the crucified.