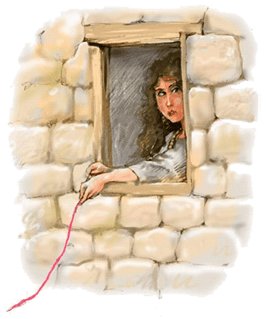 What does Tikvah mean?

Tikvah is translated as “Hope” in the English, but it has a much deeper meaning in the Hebrew.  Tikvah is defined as “A cord, a rope, a line, meaning to bind”

Tikvah is a rope that we can hang on to Yahweh with when things are good and bad.  It is a cord from heaven, it is a rescue line and a life preserver

Truly in Elohim wait silently [in submission], my nefesh (soul), for my tikvah (hope) is from Him.

English translation isn’t always helpful.  Specifically the word means Hope.  But the word Hope is so terribly misconstrued in our language that it doesn’t even mean hope anymore.

Tikvah is a Hebrew word that also comes from Thread or Cord.  It was used in the Biblical book of

Joshua in the story of Rahab: “When we invade the country, you tie this length of crimson cord to the window through which you let us down.” That is a “cord of crimson thread,” תִקְוַת חוּט הַשָּׁנִי tikvat khoot ha-shanee (and khoot is thread in this phrase while tikvat is rendered “cord of”).

Rahab’s future, and the future of her family rested on that crimson cord.  In proper english you might say that her hope was in the cord… her Tikvah was in the cord.

Jeremiah 29:11, For I am mindful of the plans I have made concerning you — declares the Lord — plans for your welfare, not for disaster, to give you a hopeful (Tikvah) future.

Jeremiah 31:17, And there is hope (Tikvah) for your future — declares the Lord: your children shall return to their country.

Proverbs 23:18, For then you will have a future, And your hope (Tikvah) will never fail.

Proverbs 24:14, Know: such is wisdom for your soul; If you attain it, there is a future; Your hope (Tikvah) will not be cut off.

As Frymer-Kensky notes, the Proverbs passages have the idea that a good future means not having your cord cut. The word for “cut” is karet, a word famous in Torah and elsewhere in the Hebrew Bible in phrases like “they will be cut off from their people.” As individuals we are attached by a cord to the covenant promises of God and the possibility of a good future is a cord we wish to maintain. God is a master of attaching us to the cord and reattaching us when we sever the connection.

She uses also the example of Job 14:7, “There is hope for a tree; If it is cut down it will renew itself; Its shoots will not cease.” The idea of a shoot coming from a stump is found in many places like Isaiah 6:13; 11:1; and in the “Branch” imagery in Jeremiah and Zechariah. The concept of Messiah is similar to the cord of hope which is cut off but which God renews.

Our concept of the word Tikvah is that same idea of a Ruthless Trust.  Our cord will never be broken because we know the One who wove the cord.

God has taught us to trust Him, no matter the circumstances.  This never means that everything will go well.  However it does mean that no matter what happens we serve in His Kingdom and rest that He deals with a tapestry larger than we can imagine.  Our Tikvah is in our God.  (See: What is this thing called Blessing?)

In the Biblical book of Job, he said “Even though He slay me, yet will I hope in Him”  Job understood Tikvah